The Reserve Bank of India and economists generally expected the pace to sharply slow this quarter and in the following two as higher interest rates hit economic activity. However, India’s economy expanded 13.5% from a year ago in the April-June quarter, its fastest annual expansion in a year. The GDP of the nation had grown at a rate of 4.1% in the previous quarter (Q4FY22), 5.4% in the quarter ending in December 2021 of FY22, and 8.4% in the quarter ending in September 2021, making this the fastest growth in a year. 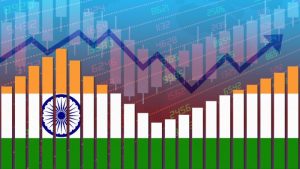 According to an official statement, “Real GDP or gross domestic product (GDP) is estimated to attain a level of Rs 36.85 lakh crore in Q1 2022-23, as against Rs 32.46 lakh crore in Q1 2021-22, showing a growth of 13.5% as compared to 20.1% in Q1 2021-22.” According to the most recent statistics provided by the National Statistical Office (NSO), the country’s gross value added (GVA), which is calculated as GDP less net product taxes and reflects supply growth, increased by 12.7% from April through June 2022. In April through June of 2021, when it was 20.1% higher than the pandemic-depressed level of the year before, GDP experienced its last higher annual growth. 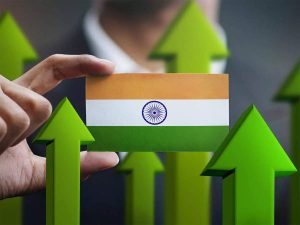 The quarter from April to June saw a 0.4% increase in China’s economy.
The central government’s fiscal deficit reached 20.5% of the annual target at the end of July 2022–2023 compared to 21.3% a year earlier, according to separate government data, reflecting improvement in public finances. The actual fiscal deficit for the months of April through July of this fiscal year—the difference between expenditures and revenues—was Rs 3,40,831 crore. The amount of market borrowings by the government is reflected in the fiscal deficit.

Nuakhai – One of the most significant Agricultural Festival

How Credit Card Usage Impacts Your Credit Score And Other...

One year to Taliban occupation of Afghanistan

Gautam Adani – The third richest Person in the world

Niira Radia tapes have not been linked to any crimes,...

“From pharmacy to realty: An inspirational transition”

Employees Who Work From Home Are Quitting Instead Of Returning...

Youth Prodigy Subrat shines again with his sand art of...

The pivot to a transforming Odisha: VK Pandian