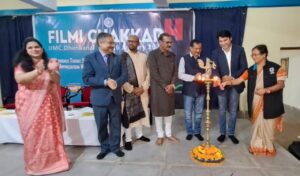 Speaking at the event, the District Magistrate & Collector of Dhenkanal Saroj Kumar Sethi remarked, “In recent years, the film industry in India has shifted its focus to tell stories that highlight the work of the government and its efforts to address various issues such as nutrition and illiteracy.” Sethi expressed his hope that in the coming days, sponsors and directors in the Odia film industry will produce content with good stories. He stated that the story has become an important part of the film and different types of stories are being explored.

Actor and Chairman of Odisha Film Development Corporation (OFDC), Kuna Tripathy, shared his experiences with fans and the price that actors have to pay to maintain stardom. He talked about how fans sometimes get too close, climbing on the actor’s feet and tearing their shirts while trying to take pictures. Tripathy praised the high-quality program on films organized by IIMC and announced that next year, the corporation will hold a conference on films in association with IIMC.

Akash Das Nayak, the Chairperson of ‘Mo College Abhiyan’ said that stardom for fans is a fleeting thing and that an actor can never become a star without fans. He stated that the love and affection given by fans is unique and that stardom is not permanent. Nayak also mentioned that when an actor’s craze goes down or a film flops, their fans may say negative things about them and the stardom might just vanish in no time. 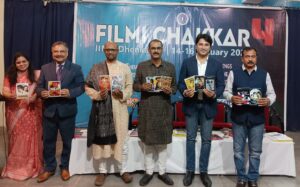 National award-winning film writer and critic, Dr. Piyush Roy, said that the film industry plays a vital role in the current audio-visual era and that films can preserve lost culture, traditions, scenes, and stories. He stated that films are art, culture, politics, and philosophy all in one, and that the film industry is now at a point where language is no longer a barrier. Dr. Roy also mentioned that a conference on films should be held all over the country.

Regional Director of IIMC Dhenkanal, Prof. (Dr.) Mrinal Chatterjee said that the meaning of stardom is changing, and it’s time to rethink the concept. He stated that the discussion on various aspects of stardom in this conference and workshop will be able to answer many questions.

Bhavna Acharya, Assistant Professor of IIMC, Dhenkanal coordinated the inaugural session. The guests also inaugurated an exhibition of iconic film posters, fan letters, and Odia film magazines. Students, lecturers, and staff of IIMC, along with educators and researchers from various universities across the country participated in the program.

National Hockey Conclave To Bring Sporting Fraternity Together To Celebrate...

Odisha CM Directs Officials For Preparedness For The Third Covid...

Odisha may not borrow from market for second year in...